Anxiety and The Age of Entitlement: A Personal Story

I realise that writing about the Australian Federal Budget is approximately as exciting as watching Justin Bieber interview himself, but there was an announcement last night that made me reflect on my own personal experiences.

In my early twenties, I managed a record store. As a music nerd, this was pretty much my dream job. Debating which Pink Floyd album was the best, discovering the music of Miles Davis, and occasionally directing people to the Ricky Martin section. It was a humble job, but one I enjoyed immensely.

It would also be the job in which I developed a crippling anxiety disorder. I can remember quite clearly the day when it first happened. I was serving an elderly gentleman, who had purchased some Frank Sinatra albums. As I was handing him his change, I started to shake. Slightly at first, then violently. I had absolutely no idea what was going on, but it scared the shit out of me. I knew something wasn't right, and I felt the overwhelming need to escape my environment - immediately.

Thankfully, after the customer left there was no one else in the store. I locked the doors, called my colleague, and told him what was happening. I then called my mum, who said it sounded like I was experiencing a panic attack. At that time in my life, I had no idea what she was talking about. My work-mate came in to cover for me and I went straight to the doctor. He took my blood pressure, and confirmed that I had indeed experienced an episode of anxiety, or a panic attack.

Following my doctor's advice, I took a week off work. But when I returned, it happened again. And again. I began to develop anxiety about the feelings of anxiety. I felt trapped, and I was scared. I didn't understand what was happening.

After a month or so of this pattern, I eventually made a decision: I had to quit my job. It was a difficult call - not only because I loved my work, but also because I'd never been officially unemployed before. With my entitlements, I had around a month's worth of savings - but beyond that, nothing. So I applied for the Newstart allowance.

During the months that followed, I experienced repeated panic attacks, and symptoms that developed into full-blown agoraphobia (a fear of open spaces) - any form of social engagement became a task that was both daunting and deeply challenging.

My Newstart allowance was meagre, yes - but I was thankful to have it. I was also grateful beyond words to have the support of my family during this time, who provided me with food, financial assistance, and ultimately a roof over my head. I could go to sleep every night knowing that, regardless of whatever it was that I was going through - I had a place to call home, and people I could depend on.

Last night, Joe Hockey announced that anyone under 30 years old who applies for Newstart will have to wait 6 months before they start receiving benefits. 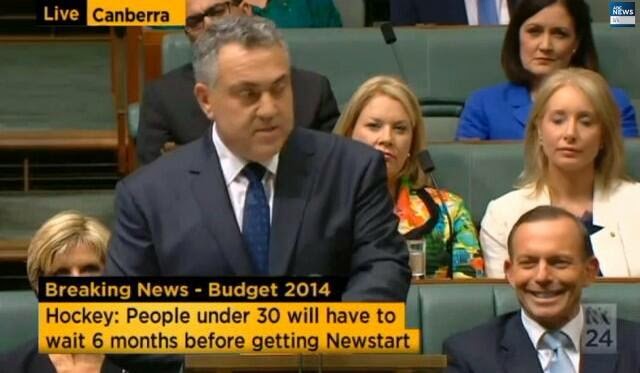 Under Abbott's new policy, if I didn't have the support of my family, I would have found myself with no source of income or support. Where would I have lived? How could I have payed rent? How would I have purchased food, or payed for the frequent visits to my doctor and psychologist? And how would I have afforded the petrol that got me to all of these appointments?

I would have had no access to support for half a year. And honestly, I can't really imagine where I might have ended up. When I think back to that time in my life, I am terrified at what this policy would have meant for me. Emergency relief, borrowing from friends, sleeping on couches - all of these things would have been a reality. I could have been homeless.

I didn't choose to develop an anxiety disorder. I didn't choose to quit a job that I loved. And I certainly didn't choose to embark on the already demoralizing experience that was applying for Newstart, and standing in line at Centerlink. These were not choices. And at no point did I feel I was comfortably laying back in a "hammock", or embracing a "welfare lifestyle" - both terms used by our current treasurer, Joe Hockey.

But despite all of my experiences, I consider myself incredibly lucky. Newstart supported me to seek medical support, afford food, and ultimately return to work in a career which is more fulfilling than selling Nickelback albums could have ever been.

I don't know of anyone who views Newstart as a lifestyle choice, a comfortable existence, or an arrangement they would enter into voluntarily. It is a ridiculously small amount of money, rationed out to young people who need it to simply stay afloat. 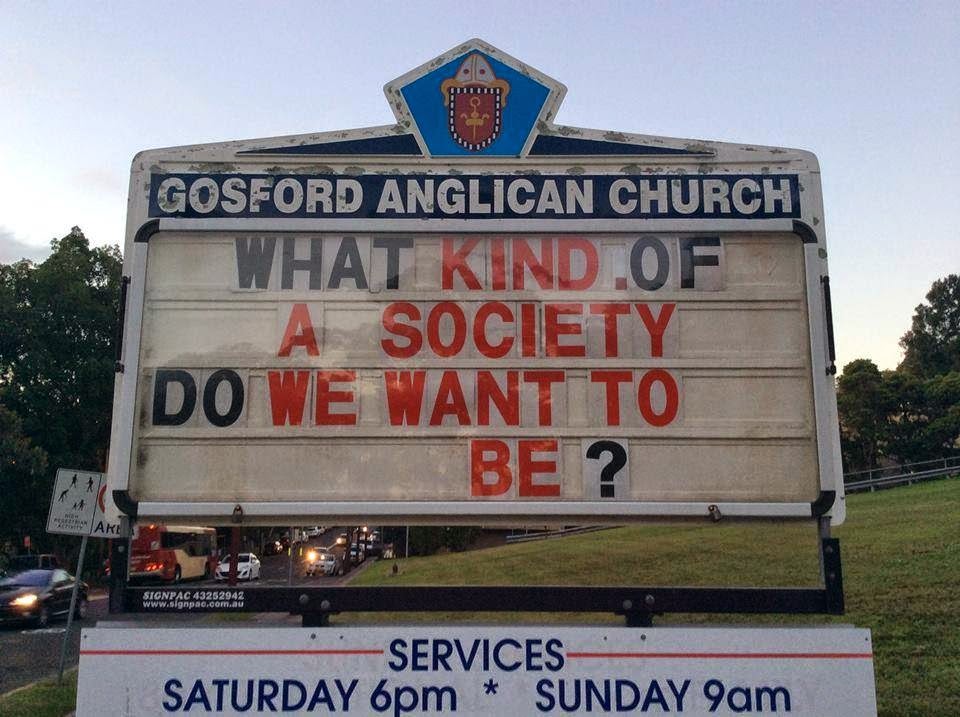 I would like to think this issue transcends politics. It is not about a 'budget emergency', and it is certainly beyond traditional left and right ideologies. If we can't support young people through periods of unemployment - if we are asking them to survive on no money for half a year - we will inherit a problem that goes well beyond sustainable welfare. A new generation of unemployed, disempowered and homeless youth, leaning further on charities that are already under enormous strain. This is ultimately about what sort of a society we want to be. It goes to the heart of our nation, and the notion we so regularly tout - one of 'a fair go for all.'
Posted by Alex Mills at 11:34 PM